Although nothing could compare to the shakeups that took place a decade ago in the 2007 college football season, there have been some major changes in the world of college football in 2017. Even though there was a lot of mystery and controversy over who would snag the number one spot in the USA TODAY Sports college football NCAA Re-Rank, it didn’t take long for the mystery to be solved. Alabama came out on top as the clear winner in the 1-130 ranking of the Football Bowl Subdivision, with no other team even coming close. This year, it is Alabama all the way, with Clemson, Ohio State, Oklahoma State, Washington, Washington State and Southern California stacking up behind them, all being single loss teams. Central Florida moved up nine spots to claim the number 12 spot after beating East Carolina, and brand new to the top 25 were Texas A&M, West Virginia and Memphis. 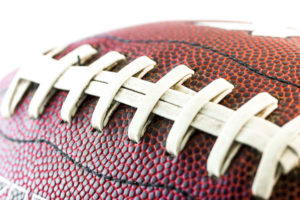 Oklahoma wide receiver Lee Morris made a catch for a touchdown against Ohio State linebacker Malik Harrison during the Sooners’ 31-16 win in Columbus on September 10, 2017, which helped avenge last season’s blowout loss to the Buckeyes in Norman. On September 16th, Clemson QB Kelly Bryant dove into the end zone during the Tigers’ 47–21 win over Louisville at Papa John’s Cardinal Stadium and beat defending Heisman winner Lamar Jackson. September 29th saw USC’s first loss in a match up with Washington State with a final score of 30 to 27, and Iowa State upset Oklahoma on October 7th with a 38 to 31 victory, and went on to defeat TCU on October 28th 14 to 7 to score their second upset of a top five team this season.

Week 10 saw some scary moments for some of the country’s remaining undefeated teams. The University of Georgia’s Bulldogs and University of Wisconsin – Madison Badgers both managed to score double-digit victories and enter Week 11 of the season with perfect records. Miami Hurricanes grabbed control of the ACC Coastal Division on November 4th with their 28 to 10 win over Virginia Tech. In the Associated Press’s Top 25 poll results released January 3, 2018, Clemson, Oklahoma, Georgia, Alabama, and Ohio State filled the top five positions, with number three Georgia and number four Alabama both winning their semifinal games on Monday, January 1st.